In Costa Rica, women represent 38% of people in online news 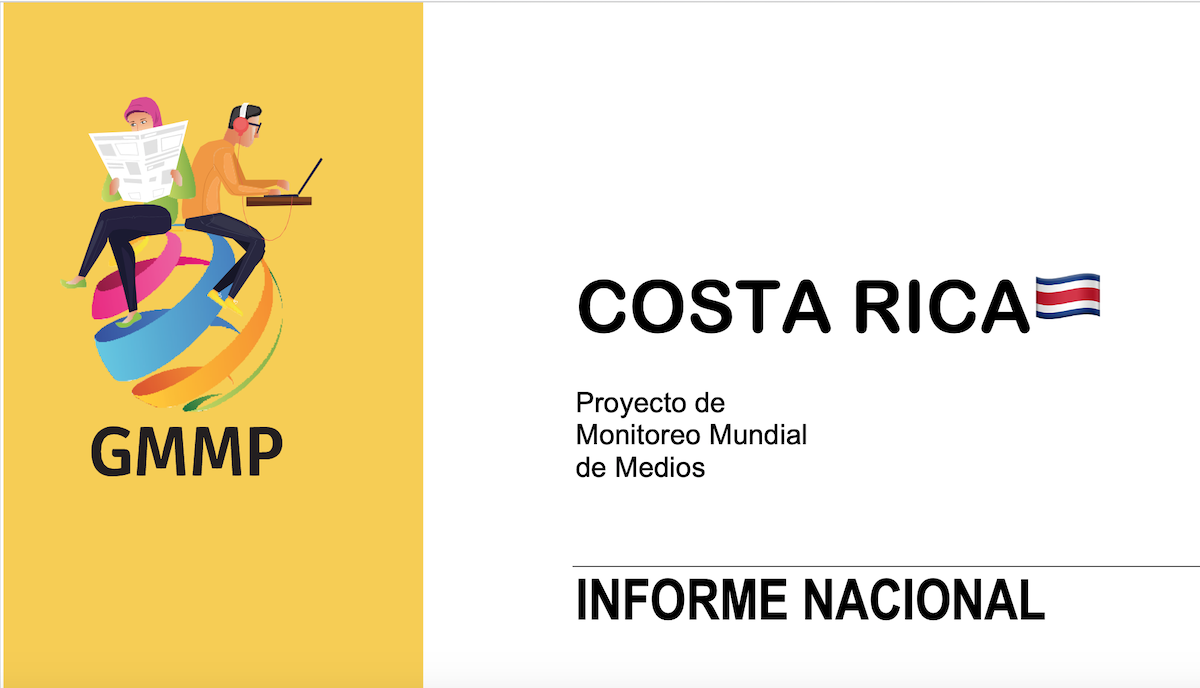 The report noted that despite reports that women bore the brunt of the Covid-19 pandemic’s impact, including being on the frontlines, underemployment, more unpaid workload, and caregiving, this was not reflected in the stories monitored during the GMMP monitoring day, September 29, 2020.

For instance, only 4% of Covid-19 related stories about the economy challenged gender stereotypes or addressed gender inequalities, and none about Covid-19 stories related to politics and government — two news topics that figured prominently during the pandemic.

In terms of story assignment, the data showed that women were more likely to cover health and science (26% of women reporters) and economic (24%) news, while men report largely on the economy (32% of men reporters) and crime & violence (20%).

Data also showed that all journalists regardless of gender lean towards men as subjects and sources; almost seven out of 10 persons in stories by men as well as those by women reporters, are men.

Women also continue to be relegated to the role of personal experience providers or secondary roles (61%), while only 27% were tapped as spokespersons and experts, said the report. They are relatively invisible as leaders in all spheres of community and local development, it added.

The report emphasized the need for women communicators, analysts and activists to establish alliances, promote the findings of the GMMP report, and advocate for gender equality in the news media.

It urged Costa Rica’s Gender and Media Observatory to find creative ways to work with female and male journalists and leaders to help advance gender equality in the news.