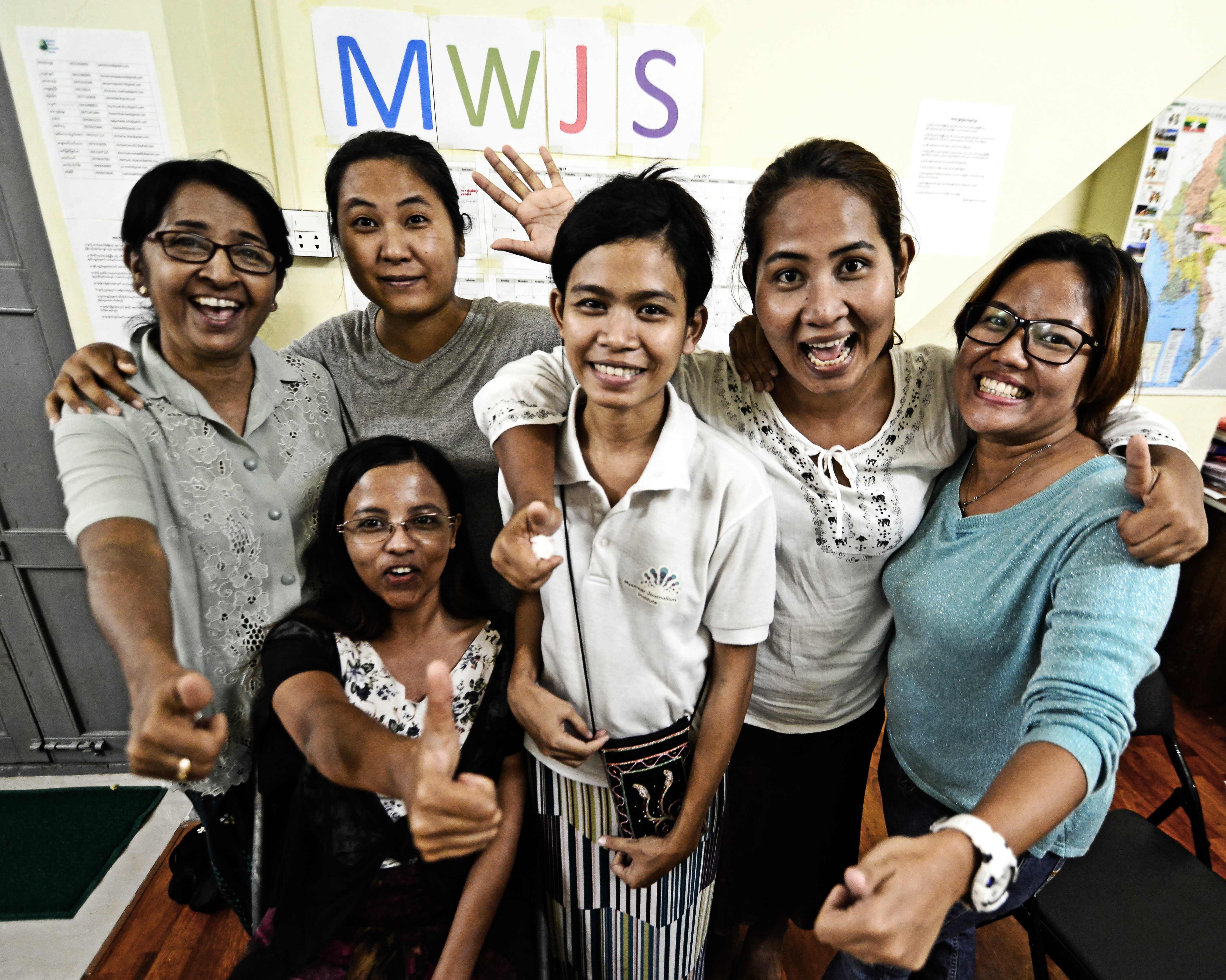 Fair and balanced portrayal of women is not only a prerequisite for professional journalistic practice, it is critical for gender equality.Evidence from the Global Media Monitoring Project (GMMP) found that only 24% of the people heard, read about or seen in the world news media are women.

This statistic is 20% for Asia, having improved by 6 percentage points since 1995. Compared to other geographical regions, Asia shows the widest gender gap in political news content, where women are only 7% of the people heard, read about or seen in stories on this theme.

The Myanmar Women’s Journalists Society (MWJS) is piloting a study to uncover the evidence for Myanmar, to understand the gender dimensions in their local news. Similar to many societies around the world, sexism is entrenched in Myanmar media spaces. “It is connected to the patriarchy in our culture. That is why most news stories prefer to quote men over women,” explains Zin Ma Lar Htay, co-founder of MWJS.

MWJS began the study in June 2017 and expects to release the findings in December.  “I think when we share this data at the end of this year many people will know what is happening and realize the inequality in reporting,” Htay adds. MWJS plans to share the findings of the study with the Myanmar Press Council in order to advocate for gender equality in the media.

The End News Media Sexism campaign implemented by the Global Media Monitoring Project (GMMP) network in 114 countries, partners and allies, challenges gender misrepresentation in the media. One of the key recommendations from the GMMP research for media houses specifically is to develop a gender policy and gender aware ethics and practice codes, with action plans and targets for implementation.

Htay recognizes that working with mainstream media houses to challenge sexist reporting is sometimes an uphill task. “Many journalists don’t recognize the value of covering news sources from a gender-balanced point of view,” she says. However, Htay remains positive that MJWS will accomplish its objectives on this ground-breaking study. With this media monitoring project, MWJS hopes to influence change in Myanmar’s media.

The MJWS study is funded by International Media Support (Denmark) and Fojo Media Institute (Sweden). Ellie Swindon, Gender Advisor at International Media Support and Fojo Media Institute says that the study hopes to demonstrate the undeniable presence of gender bias in the media. “There is currently very little data supporting the notion of sexism in Myanmar media – both in terms of content and internally as a profession. This large scale study of 45 different media houses will produce evidence for use in persuading  media professional to change theway they produce news content”, she comments.

Asked what issues she foresees in implementing the research, Swindon raises concerns ranging from potential media disregard of the results, to “challenges in framing international standards of gender-balanced reporting in the context of Myanmar language and culture”. She hopes the strong staff team will be sufficient to ensure that the messages emerging from the research are well articulated and targeted to the local media audience.

The next step according to Swindon is to develop tools and resources aimed at media professionals based on the research findings. She expresses a hope that the project’s steering committee of media stakeholders will ensure that the information and key messages from the research have the widest reach and deepest impact.