Ecuador: Women account for only 16% of experts quoted in news 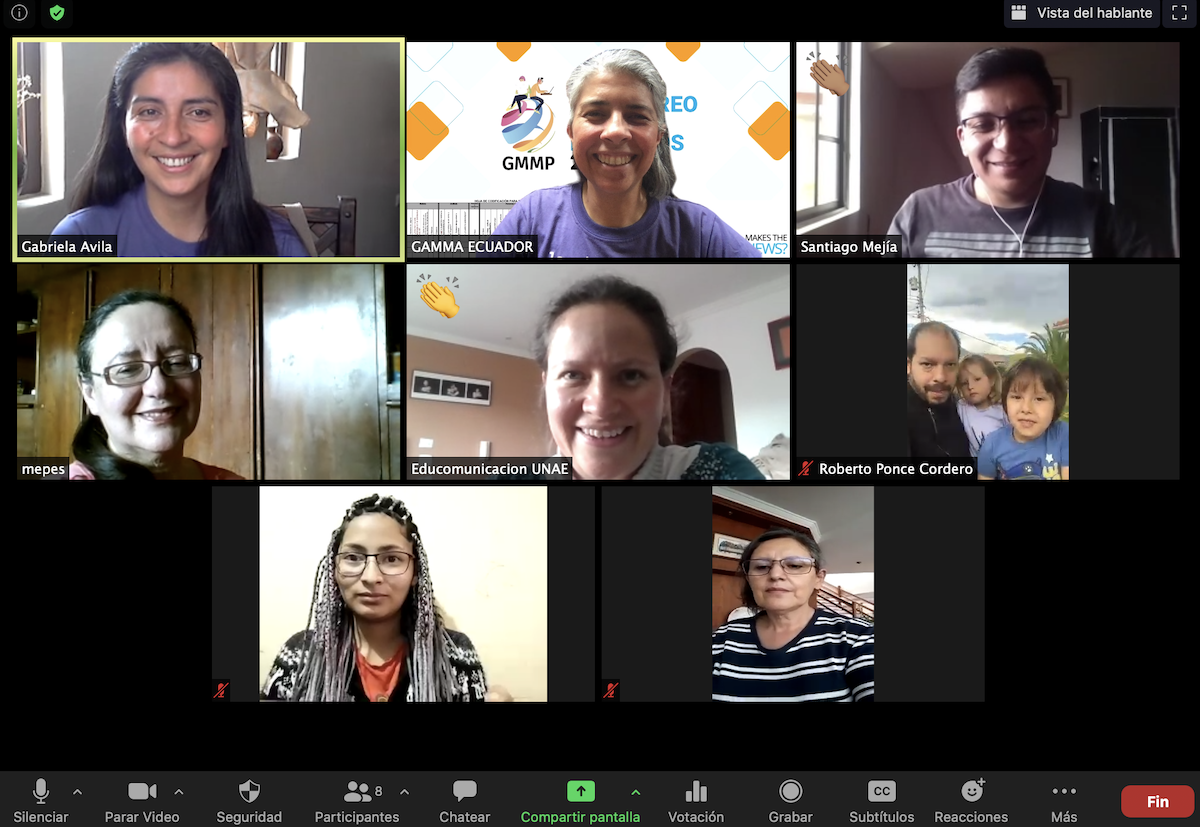 08 Ago Ecuador: Women account for only 16% of experts quoted in news

The proportion of subjects and sources who are women increased by one point in the Ecuadorian news media, or from 22% in 2015 to 23% in 2020, according to data from the 6th Global Media Monitoring Project (GMMP).

However, that representation is still three points below the 26% regional average across all media types monitored, said the report prepared by Fundacion Gamma, which coordinated the GMMP and runs the Citizen Observatory of Communication in Cuenca.

Women appeared as experts or commentators in only 16% of the news overall, said the report, while noting that the percentage was higher in Internet news, at 25%. Women were mostly seen as homemakers, health workers, social workers, caregivers, and students. They were also identified in terms of their family roles, nine times more than men.

This, even though at one point, Ecuador had the second largest number of congresswomen in the region, reaching at total of 57 out of 137 representatives, according to UN Women. Women constitute 50.4% of Ecuador’s population of 14.5 million, and the Ecuadorean Constitution specifically addresses gender equality. Ecuador has also ratified international binding instruments such as the Convention on the Elimination of All Forms of Discrimination against Women (CEDAW), and the Beijing Platform for Action. 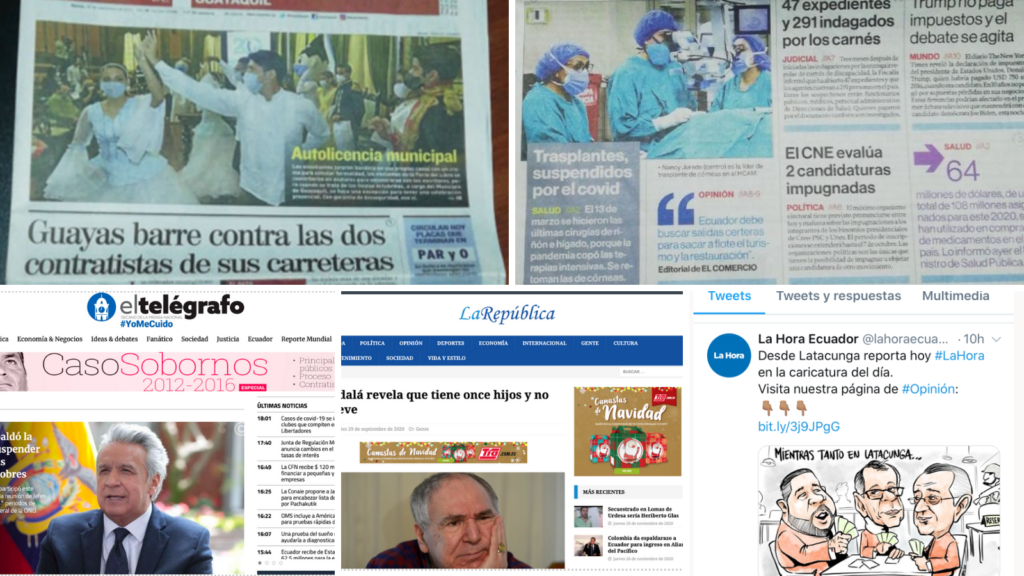 The GMMP-Ecuador media monitoring also found that only 6% of news referred to issues of gender equality and gender equality regulations and policies.
Overall, women comprised 35% of journalists who appeared or had bylines in the news, said the report, which also noted that their presence in the print media reached 55%.

Women journalists tend to cover such beats as crime and violence, the economy, and social sciences and health. Men dominate news coverage about national defense, politics, social and legal issues, celebrities, art, media, and sports.
The age of women presenters on television news tend to range between 19 to 49, and men, between 19 to 70s, reinforcing studies about sexism and age discrimination in broadcast newsrooms.

Although the issues of corruption, and information about Ecuador’s 2021 elections dominated Ecuadorian news during monitoring day, September 29, 2021, 24% of the news was related to the Covid-19 pandemic, said the report. There were hardly any women featured or quoted as experts in Covid-related stories about politics and government, science and health, and social and legal issues, it noted.

Women journalists covered 34% of Covid-related stories about crime and violence, the economy, and politics and government.

There were 8% of Covid-related stories that addressed elements of gender equality, said the report. However, only 1% challenged gender stereotypes.
The report underlined the need to strengthen the research, training, and participation components of the Observatory of Cuenca, to help construct “a culture of critical reading of media messages” within the framework of women’s rights. It also called for a wide dissemination of the GMMP report, and an engagement with newsrooms, journalism schools, and organizations involved in journalism and communication to help advance “communication free of sexism that contributes to equality.” The GMMP can also help inform the situation of women in such areas as the economy, political participation, and employment, it added. 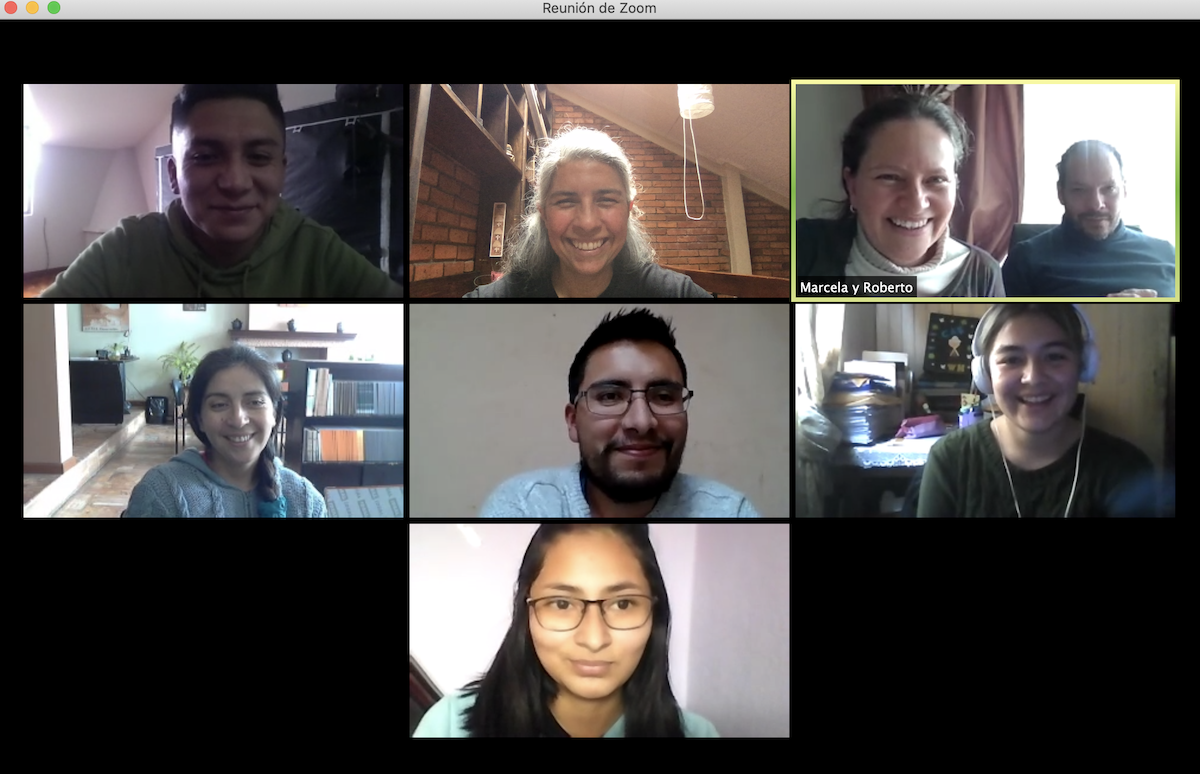 The monitoring team include GAMMA members and volunteers from the National University of Education’s research and education department.