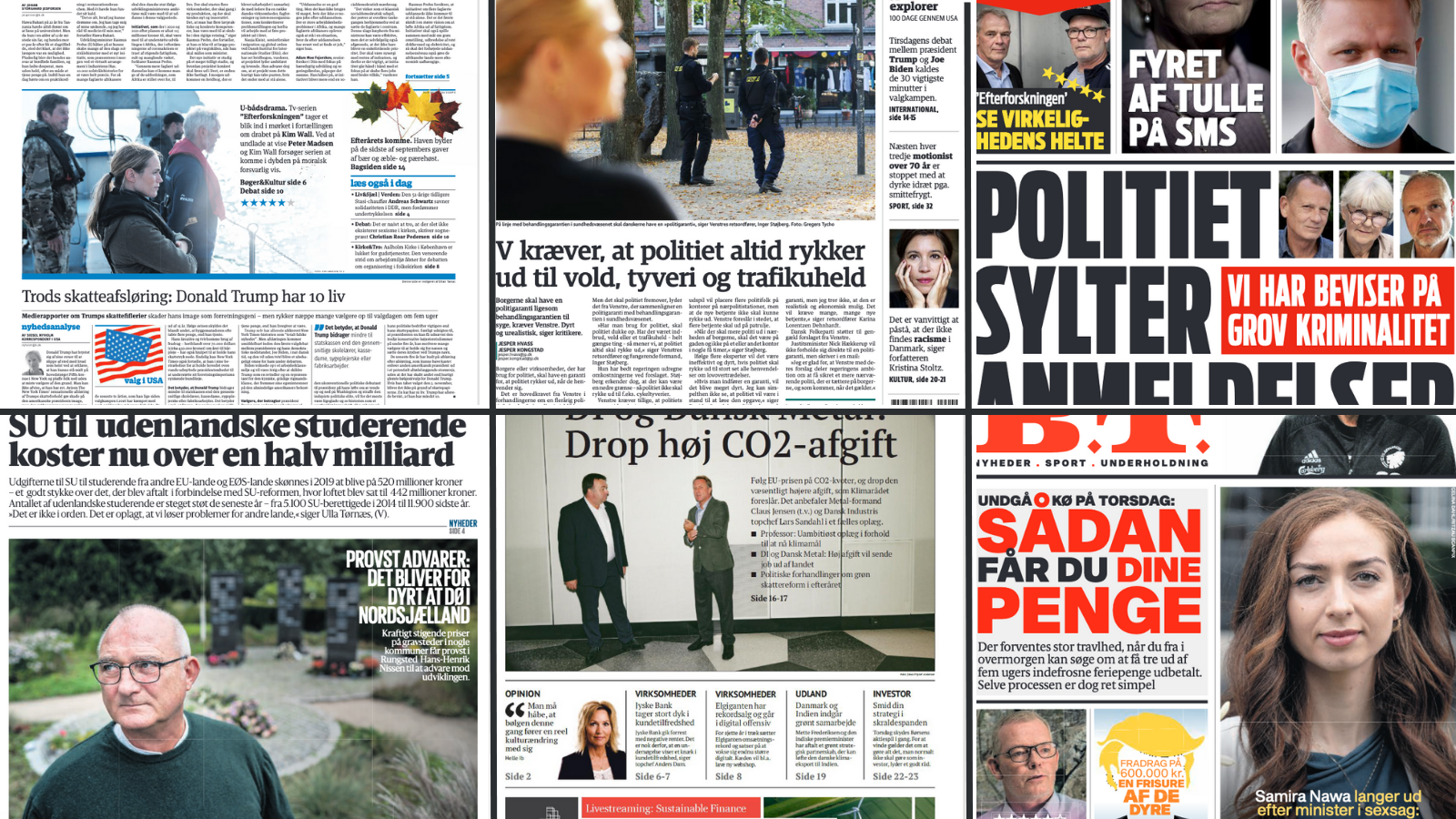 Monitoring of Danish newspapers undertaken as part of the 6th Global Media Monitoring Project (GMMP) show “both progress and decline for gender equality in the news,” but overall, women’s visibility remains significantly lower than men.
The proportion of female news sources and actors increased to 35%, up by 10% from the previous 25% recorded in the 2015 GMMP, according to the GMMP Denmark report. Women accounted for 31% of people in online news, up nine points from 22% in 2015.
The largest percentage of women appeared in news about the economy (41% in traditional media), the same area which had the fewest women subjects and sources in 2015 at 14%. Women accounted for 36% of news about politics in newspapers, radio, and television, and 34% in online news. They were least represented in news about entertainment and sports (17% in traditional news).
However, the percentage of women interviewed as experts fell from 38% in 2015, to 25% in 2020, said the report written by Associate Professor Hanne Jørndrup from the Center for News research at the Department of Communication and Humanities, Roskilde University.
For the most part, women were relegated to functions deemed less important in the news, such as sharers of experience (58%) and givers of popular opinion (40%).
The report notes that while in 2015 there was no news item that addressed or challenged gender equality in the news, this time there were five articles (3%) that did so.
Based on published bylines, and presenters seen or heard, women account for one-third of journalists across all news media, roughly the same as in 2015, says the report, adding that a different study should be conducted to investigate the number of actual employees in editorial offices, their assignments, and overall culture. The report cites a Swedish study on power and gender in Swedish journalism, which concluded that women largely found work in less prestigious news outlets, while men dominated prestigious newsrooms.
Which demographic of women are seen, heard, or written about in Danish news? The report shows that news is partial to women who are 50 and under.