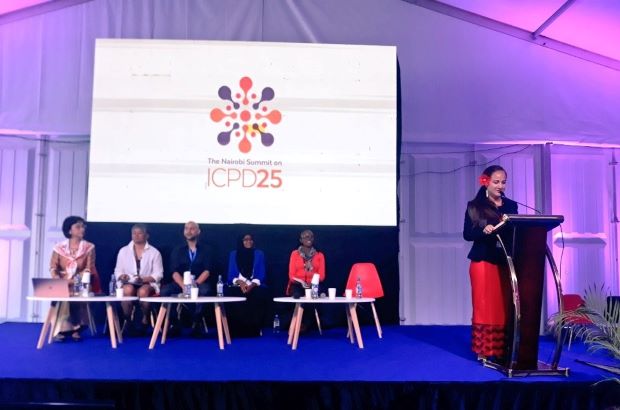 Women journalists who cover stories about gender-based violence ethically are “human rights defenders in their own right,” and they often face challenges, including misogynistic attacks online and offline, as a result of their work, says Sarah Macharia, Global Media Monitoring Project (GMMP) coordinator and WACC manager for gender and communication.

As such, states should ensure their safety and end impunity for attacks on women journalists, said Macharia, reiterating a call made earlier by the Global Alliance on Women and Gender (GAMAG), where she also serves as general secretary.

Media employers, for their part, must have a “zero-tolerance approach” to sexual harassment in newsrooms and promote “cultures of inclusion where everyone feels safe to speak out about their experiences and empowered to act if they witness something inappropriate happening.”

Macharia spelled out the recommendations put forward by GAMAG when she took part in a panel discussion, Leveraging the power of news media to end gender-based violence, hosted at the Nairobi Summit by the Center for Women’s Global Leadership, the UNFPA Regional Response Syria Hub and the Dart Center for Journalism and Trauma.

Women journalists are often also “burdened by their own experiences” of gender-based violence, she said. A GAMAG analysis has shown that women journalists “face a triple jeopardy: at risk as every other woman; the same risks as their male colleagues, and risks that impact them specifically because they are women journalists, such as femicide and sexualized violence.”

This situation offers both challenges and opportunities, said Macharia. “Reporting on gender violence compounds the challenges that women journalists face,” she said. “Women journalists face disproportionate risk of violence and intimidation, at times targeted for daring to speak and exposed to gender-based harassment and violence in the field and in the newsroom,” she said. “Such attacks can be physical or virtual in nature, and they are frequently sexualized.”

Nearly two-thirds of women journalists have experienced “some kind of intimidation, threats or abuse in relation to their work,” said Macharia, citing a survey in 2014. Last year, a survey conducted by the International Women’s Foundation and Troll Busters said women journalists who have experienced online abuse reported short-term and long-term emotional and psychological effects, and about 40% have avoided reporting certain stories as a result of these incidents.

Women journalists reporting on gender-based violence also face the challenge of “dealing with their own trauma as they help another girl or woman secure justice,” said Macharia. “As human rights defenders of majority of girls and women who have survived gender violence, women journalists face a challenge in fighting for the freedom of expression of their sources, when they themselves are being silenced through misogynistic attacks in online and offline spaces.”

But the unique situation women journalists find themselves in, also offer them an opportunity “to reach more girls and women affected affected by gender-based violence,” said Macharia. “Women will talk to women who have the ability to empathize, having more likely than not also experienced some form of gender violence.”

This in turn, offers an opportunity” to increase the quantity of coverage, where under-representation of women as reporters covering these stories [must] to be addressed.”

Results of the last GMMP in 2015 showed a decline in stories that focused on gender violence, including issues such as rape, sexual assault, family violence, female genital mutilation and trafficking, said Macharia.

At the same time, “we are seeing progressively higher proportions of women as sources,” in gender-based violence stories, she added. “In 2005, women were 38% of the people seen, heard or spoken about in the stories, compared to 46% in 2015, a rise of almost 10 points in 10 years.”

However, “women journalists are reporting fewer of the stories,” said Macharia, noting that in 2010, they reported 41% of the stories, compared to 30% in 2015, a fall of more than 10 points in five years.”

Having more women journalists report on gender-based violence stories also provides an opportunity to “correct the gender distribution of sources in order to match reality,” said Macharia. She noted that at least three quarters of those who experience gender-based violence are women, and yet, they constitute less than one half of people interviewed or are the subject of these stories.

“There is an opportunity to increase the proportion of women sources particularly as subjects, spokespersons and experts. Doing so will demonstrate the magnitude of the problem as a gender issue disproportionately affecting women and show that the problem is structural in need of radical solutions,” she said.

Macharia also underscored the recommendations made by GAMAG for media employers to provide physical security, technical assistance, legal advice and psychological support to women journalists affected by sexual violence and sexual harassment, both online and offline.

Media management must also “devote sufficient editorial resources to coverage of gender-based violence given that the scourge disproportionately affects half of media’s audience,” said Macharia.