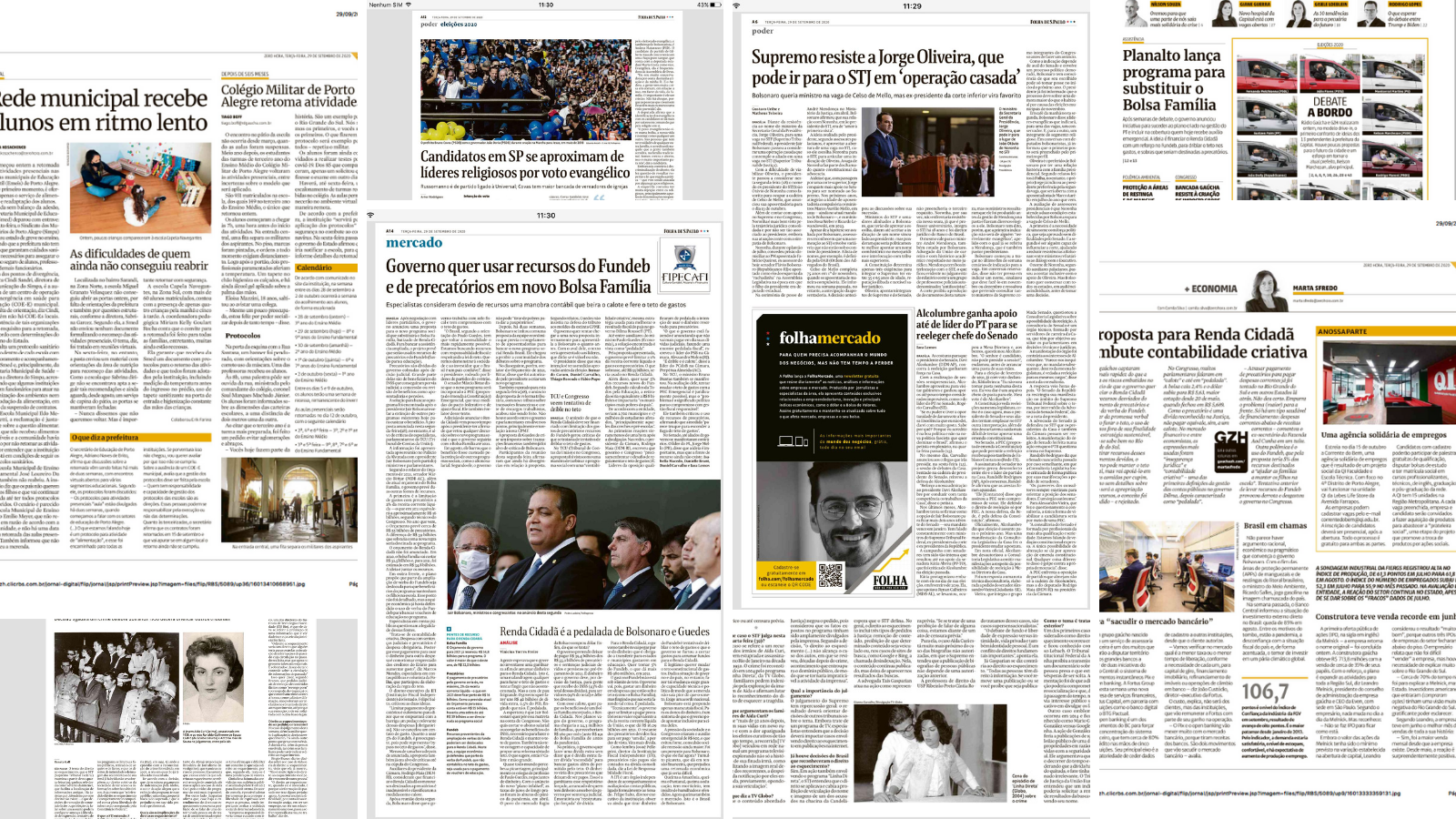 Women appeared as subjects in 27.8% of Brazilian news media analyzed by the 6th Global Media Monitoring Project (GMMP), a figure slightly higher than the Latin American average of 26%

However, women are heard, seen, and interviewed mostly as someone relating a “personal experience” (59%), and as an eyewitness (43%), while men appear in political stories thar are considered more important and consequential, either as subjects (76%), spokespersons (84%), or experts (75%).

This was the first time that Brazil joined the GMMP, which has taken a snapshot of the day’s news and published reports every five years since 1995.

Women in Brazilian news were more visible in Twitter news at 31%, and the least, on radio at 26%, according to the GMMP Brazil report released in 2021.

A majority of news stories (66%) published on monitoring day, September 29, 2020, were related to the Covid-19 pandemic, and women appeared more as sources of information regarding Covid-related stories about politics and government and the economy, said the report. However, coverage privileged women occupying political positions, such as parliamentarians, while more marginalized women and groups remained invisible, said the report, it noted.

Only a small portion of stories referred to gender equality issues, human rights law, and policy, and they mostly appeared on “gender and related stories” (67%),

In terms of reporters, the gap between the number of male and female reporters was lowest in radio (22 female, 23 male) and in print (44 men, and 42 women), and highest on television (32 female, 44 male). In terms of presenters, there were more women (85) than men (70) on television.

However, in terms of who gets assigned where, male reporters (29) were still more likely to be assigned to cover politics than women (15), although there was near parity in stories about the economy, science and health, social and legal, and crime and politics.

The report underscored the importance of taking part in subsequent GMMPs, noting that without longitudinal data, it would be hard to see any changes in women’s representation in Brazilian news. “Only five years from now will we be able to do this type of analysis,” it said.

“Even so, we understand that the data presented here speak for themselves and demonstrate the need to broaden the debate on gender representations among academics, students preparing to enter Brazilian newsrooms, and the journalists who are already there,” said the report. “For this reason, our main action plan for the four-year period between this and the next monitoring is to make known to professionals and students of journalism the work we carried out and, with this, try to contribute to the change of these numbers in future monitoring.”