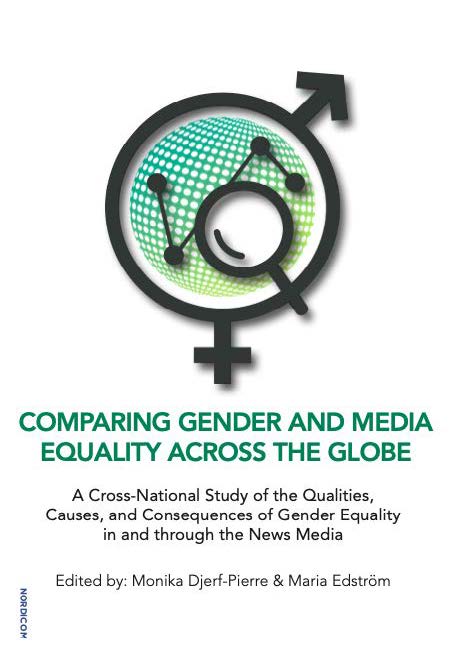 Drawing on data from the Global Media Monitoring Project (GMMP), European Institute for Gender Equality (EIGE), and the International Women’s Media Foundation (IWMF), this book offers new insights into the qualities, causes, and consequences of gender equality in and through the news media.

The book contributes to the critical discussion on gender and journalism, showing that the news media do not reflect reality when it comes to the actual progress of gender equality in societies across the globe. The study aims to inspire future research by making existing data on gender and news media equality available to the global research community. The book presents the GEM-dataset, comprising hundreds of indicators on media and gender equality, and the GEM-Index, an easy to use measure to keep track of key aspects of gender equality in television, radio, newspapers, and online.

Comparing gender and media equality across the globe: Understanding the Qualities, causes, and consequences

The GEM-Index: Constructing a unitary measure of gender equality in the news

Axes of power: Examining women’s access to leadership positions in the news media

The media-world versus the real world of women and political representation: Questioning differences and struggling for answers

Fairer sex or fairer system? Exploring the relationship between gender equality in the media and media corruption

Gender in economic journalism: Impeccably accurate or smoke and mirrors?

Go to the dataset

“A trailblazing collection of first-rate studies by leading researchers in all parts of the world. The book, splendidly edited, fulfils the much-needed comparative analysis of gender equality in and through news media in different regions. It is unique, full of useful empirical evidence, new insights, and reflections. This is without doubt required reading for all who negotiate with this issue – not least from an Agenda 2030 perspective”. – Professor Ulla Carlsson, UNESCO Chair on Freedom of Expression, Media Development and Global Policy at the University of Gothenburg