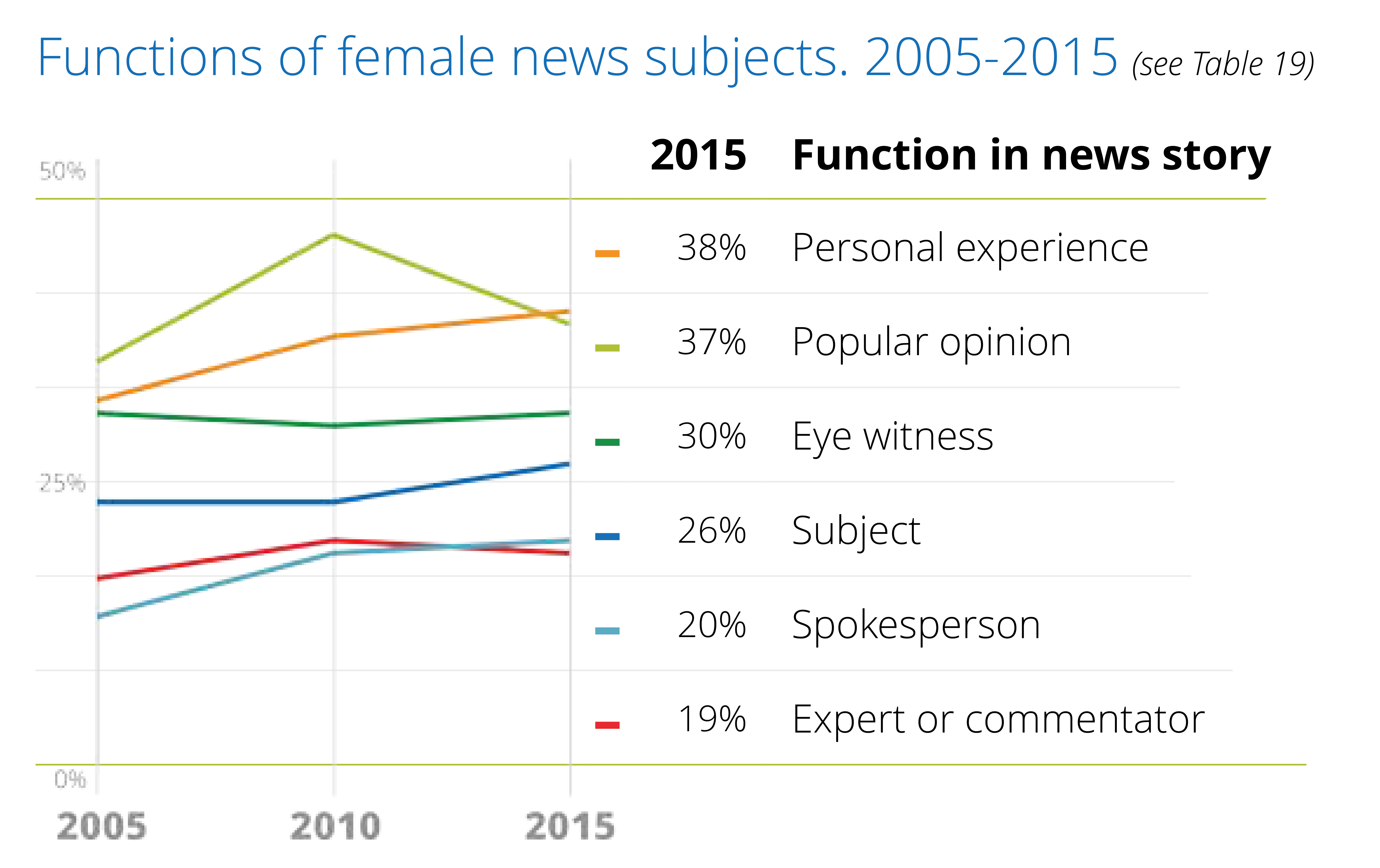 The Financial Times is taking steps to correct gender imbalance in the sources quoted in its news stories. According to a recent report,

“The Financial Times is automatically warning its journalists if their articles quote too many men, in an attempt to force writers to look for expert women to include in their pieces.

The media organisation found that only 21% of people quoted in the FT were women, prompting the development of a bot that uses pronouns and analysis of first names to determine whether a source is male or a female. Section editors will then be alerted if they are not doing enough to feature women in their stories.

The paper, which covers many male-dominated industries, is keen to attract more women readers, with its research suggesting they are put off by articles that rely heavily on quotes from men.” Read more

In 2015 the Global Media Monitoring Project (GMMP) found that women were least likely to be present in the news as experts, defined as persons providing additional information, opinion or comment based on specialist knowledge or expertise. The gender gap is lowest in North America where women are 32% of experts, and highest in Asia where only 1 in 10 expert sources are women. Download the reports here to see the comparative data, patterns and trends since 1995.